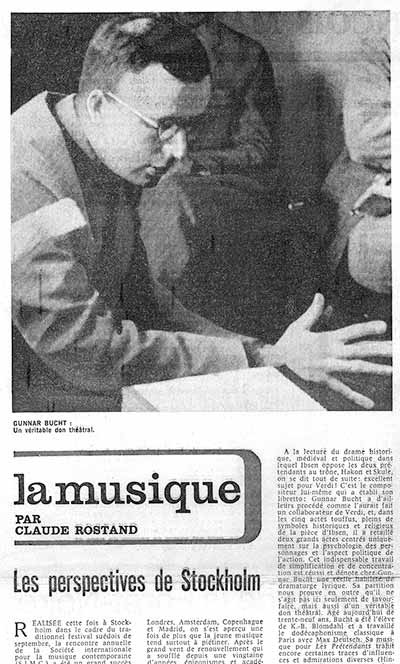 In his works he aims at combining a moderately modernistic form with a charged idea-content of strong emotionality. His musical aspirations hardly resemble those of other Swedish composers and therefore Bucht is devoid of close friends and allies within the body of composers.

…a personality of extremely many facets who has passed several stations during his career as a composer. As a student with Blomdahl he was thoroughly trained in writing melodies among other things and with Max Deutsch he was trained with rigid discipline to master all elements of the technique of composition. Later on Bucht has assimilated the various impressions and attained a style rich of variation and fabulation. There are many stylistical distinctions with regard to his production but fundamentally he seems to be a traditionalist both with his view of the musical work and his manner of administering it. From his big output one could choose three works demonstrating characteristic traits of his art: the seventh symphony shows his feeling for allusions to earlier epochs, ”Journées oubliées” for orchestra is a good example of Bucht’s mastery of the sense of rhapsodic form as well as a more symphonic technique. In Bucht’s tonal language the successful orchestral work ”Georgica” represents a combination of harsh gestures and brilliant colouring.

“In my music, the architecture is nearly bursting from within and at the same time is bing kept on a tight rein.” 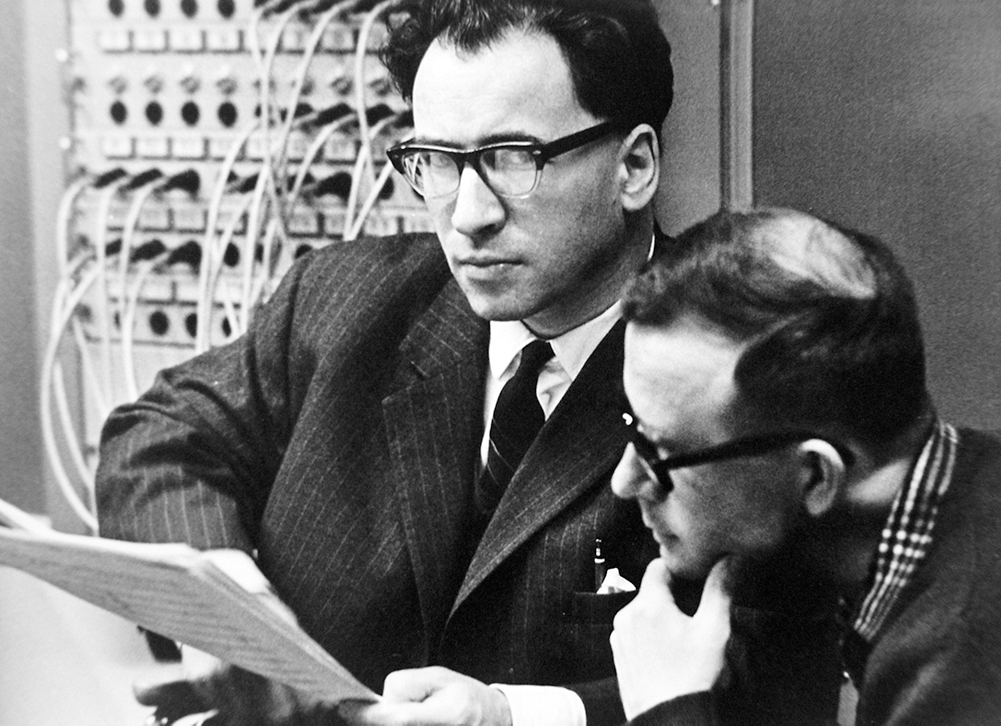 Gunnar Bucht (to the right) with composer Maurice Karkoff, 1968 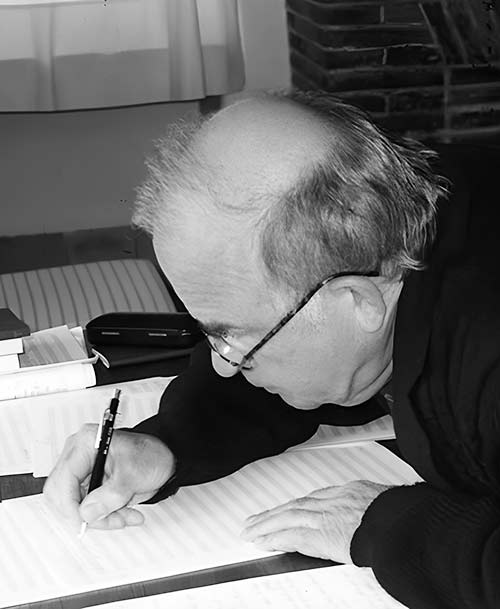 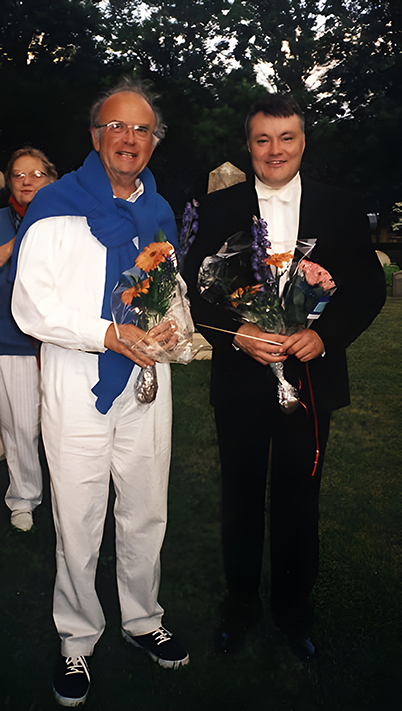 With the conductor Nils-Gunnar Burlin, after a performance of “Music for Lau”, 2003

Bucht speak about his music